Down on the Mediterranean coast they have a long tradition of rowing which is still kept very much alive today. Every small port or harbour seems to have a double ended boat like this and a rowing club. 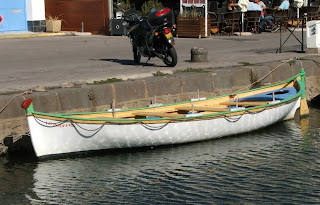 The larger towns like Sete have a small fleet of them. During the summer teams from the various towns up and down the Languedoc coast compete in various events. and regattas. 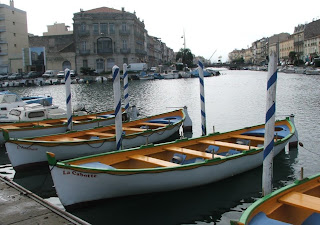 The most striking however are the water jousting boats like these below. The crews of two boats row towards each other as fast as they can, on the platform extending from the stern is another member of the crew who stands with lance and shield. The object is to knock the other boat's jouster from his platform. 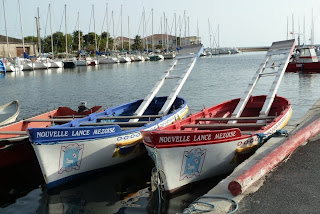 There is a big festival in Sete, but each of the smaller towns of Meze, Marsellian and Adge have teams, seen here are the Meze boats. 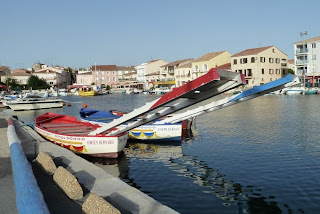 The sport is very popular with crowds lining the harbour side bars to watch the action, a cheer goes up when one of the jousters is knocked into the saea.
Posted by Bursledon Blogger at 20:20