Not quite a Firefly

I've seen this boat before, but only recently had the opportunity to chat to the owner, who was launching at Swanwick hard for Bursledon regatta.

Built as a one off in the 1960's the hull was based on the Firefly, although in this case cold-molded rather than hot molded which was the norm for production Firefly's. 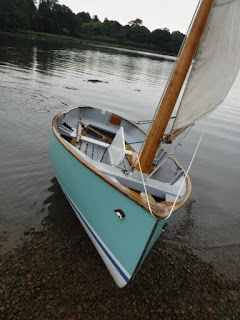 The single lugsail is also a departure from Uffa Fox's design which was originally drawn in 1938. 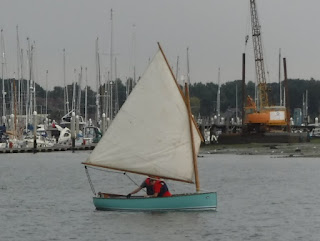 The result is very pretty, presumably light weight and simple to rig, all in all a delightful dinghy.
Posted by Bursledon Blogger at 06:30