I've made a few kayak trips on the upper Hamble since the summer, the river is so different above the three bridges (road, rail and motorway), the landscape is so different almost undeveloped, oak trees coming down to  the water's edge. 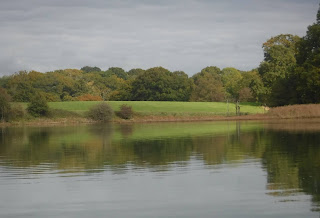 Our neighbor is also a kayak-er and it's been nice to have some company, these pictures were taken on what was the most perfect day, virtually no wind, we caught the tide up and then back down as it turned. 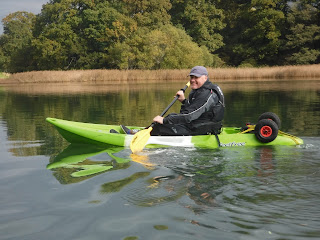 These scenes are remarkably pastoral, probably as close as you can get to a Constable view in modern England. 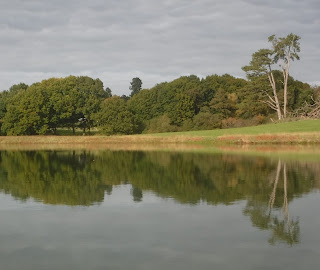 At the very top of the river towards Botely, the channel narrows and the river becomes something different again. In the summer the upper reaches were chock a block with paddle boards and kayaks, as Autumn moves to winter the river is much more quiet.

I've become something of a Kayak convert, liking the simplicity and light weight compared to rowing, facing forward and almost silent paddling technique means that it's easier to get closer to wildlife.

Peeking out of the autumn hedgerow Spuddles looks rather more cared for that her location might suggest. No idea what she is but there's a mast and so presumably sails.

The Tide is High

As the song goes, with apologies to Debbie Harry, it was certainly a big 'un this week predicted at 4.9M HW with a south westerly blowing for the past few days pushing it up a bit more 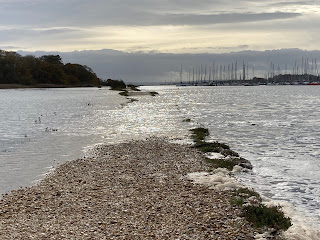 Walkers were either finding an alternate route past the donkey sanctuary or getting wet feet.

Sadly not the golden yellow, orange and red, the past weeks has been windy, grey, overcast and drizzle, time to light the fire and stay home with the occasional walk to get some fresh air. 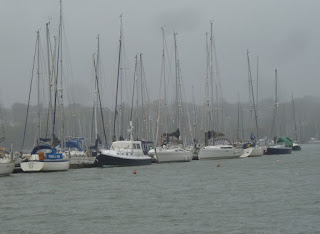 Another fine display of dingy neglect down at the hard in Lymington. 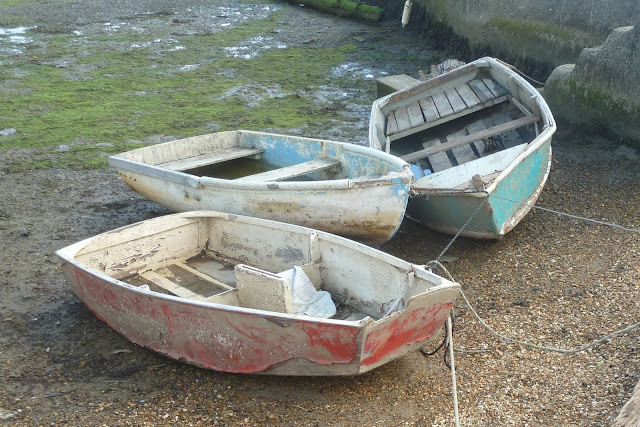 That red dinghy looks like it's been sunk in the mud for quite a while either that of it's a tender from a submarine.

I have to admit that Mrs BB discovered this walk and despite her encouragement I put off doing it for far too long on the pretext that it's too far form the sea, fortunately she kept up the pressure and it's now one of my favorite strolls. 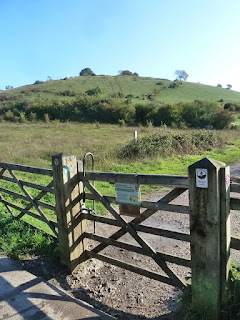 St Catherines is a 43-hectare (110-acre) biological Site of Special Scientific Interest on the outskirts of Winchester in Hampshire, most of which is an Iron Age hill fort and national monument. 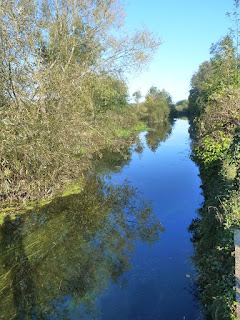 The route to the hill is along the Itchen river water meadows which are delightful and worth a visit in their own right. 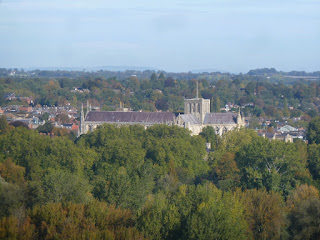 The ascent to the top of the hill doesn't take that long, it's only 163 feet above sea level (53 meters for those so inclined).

The summit has a small thicket of trees and a large community of noisy crows, but walking to the clear spaces reveals spectacular views of the surrounding South Downs and the famous medieval cathedral, the site of which as a place of worship dates back in record to 642AD. 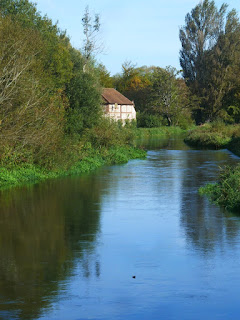 Above another stretch of the water meadow on the path looping back to Winchester and a welcome cafe/coffee shop stop.

A few gathered today at the Sarisbury Green War Memorial and held silence for the Eleventh Hour in memory of those who fought and gave their lives. 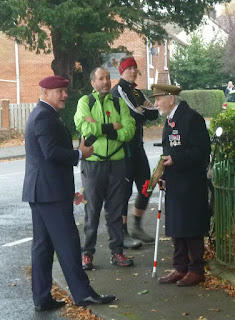 A smartly dressed veteran lays a wreath, it was the man in the yellow jacket who spoke the words

They shall grow not old, as we that are left grow old;

Age shall not weary them, nor the years condemn.

At the going down of the sun and in the morning

We will remember them.. 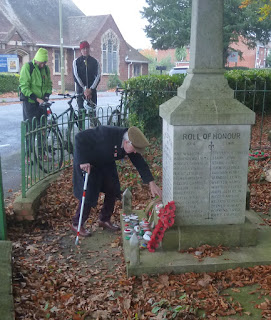 Another veteran (Navy) and with him the next generation, may they learn the importance that we pay tribute, hold in our memory and never forget 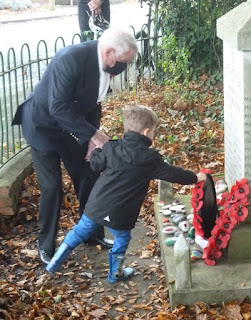 Despite COVID and government degree that we should not , more than a few local people came to remember and give thanks, including the staff of local store who locked up to attend.