The holiday weekend plus the nice weather meant that the Hamble was especially busy. Having breakfast at the town quay made for a great opportunity to just watch the comings and goings on the river.
The Pink Ferry went backwards and forwards across the river between Hamble and Warsash with people out stroling, serious walkers and cyclists, all out for the day. 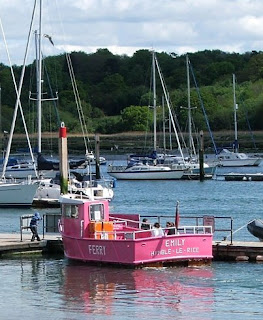 A steady and seemingly endless stream of boats went down river heading out into the Solent in the near perfect sailing conditions. Few were as striking as this classic racing sloop, which was enjoying the north easterly winds to sail out of the river. 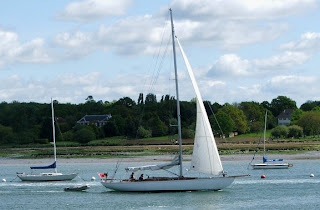 One of my favourite boats, a Memory gaff-rigged sloop, inspired by the small fishing smacks of Brighlingsea on the east coast, they are built locally on the river. 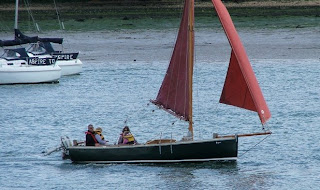 Several dinghy fleets were racing over the weekend, here a Wayfarer slips along at low water close by the Warsash shore. 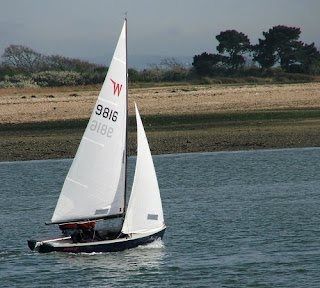 Down at the river entrance the full scale of the holiday exodus heading out into the Solent, just a little too much like rush hour. 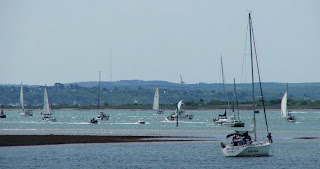 Inevitably there were one or two problems over the weekend, this large motor cruiser went the wrong side of the red marker and ran aground in the shallows - the clues were all there in the foreground. 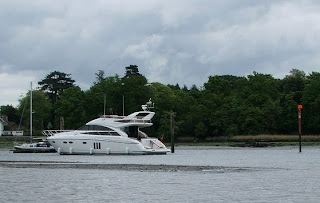