Walking home past our local celebrity shed the Queen Emma recently, it looked wrapped up for the winter and just as well given the frost which was still around on the hedges. 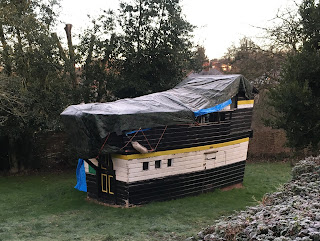 Originally it was part of the children's play area at the Crow's Nest pub nearby but was sold off when it closed and the site developed for housing. and purchased by a local resident. 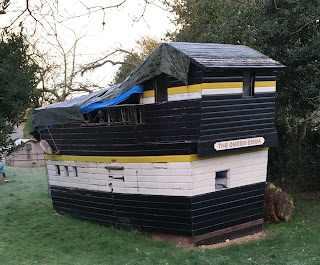 It was eentered in the Shed of the Year contest, a typically British event, a while ago although I don't recall if it won.