I've probably done Folk Boat Friday to death, so this is may be the last of the series. The folk boat is without doubt an enduring and elegant design, that they are still sailed in such numbers is equally testament to sea keeping and sailing qualities. 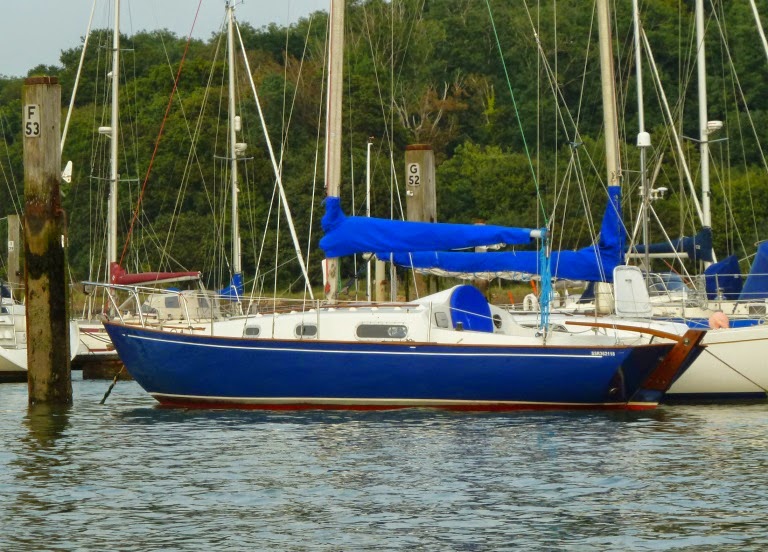 It's said that imitation is the sincerest form of flattery and the folk boat has it's share of derivatives. Above the Contessa 26 which getting on for 50 years old has crossed oceans and was still winning the Around the Island Race in recent years. 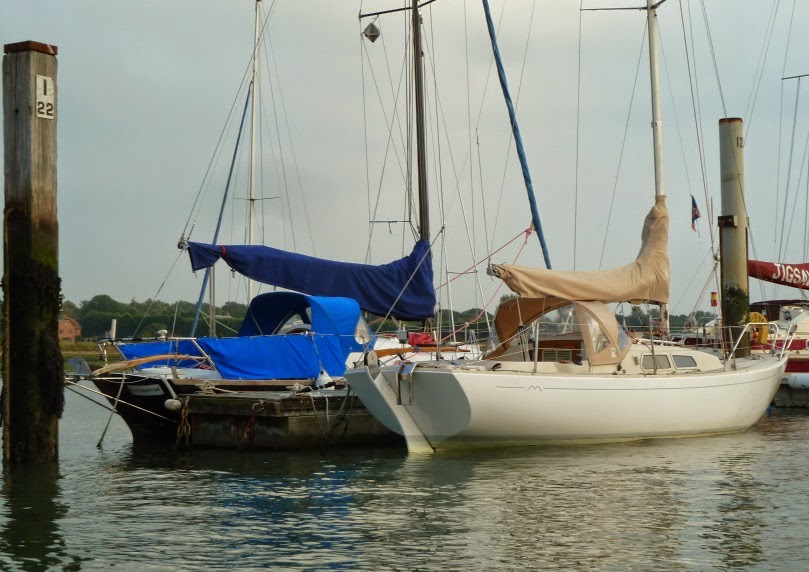 The Marieholm seems to be more prolific locally that any type, seen here alongside a Van de Stadt Invictor very similar to both Contessa and folk boat in many ways. 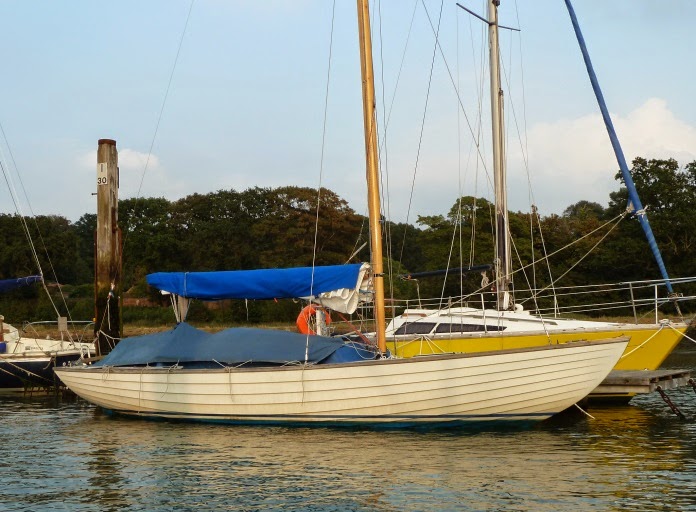 But for me the clinker built original or at least this late model in GRP is the defining folk boat, just look at that sweeping sheer and the fore deck uninterrupted by pulpit, lifelines or other encumbrances.
Posted by Bursledon Blogger at 05:29