Cycling through Chichester Marina I couldn't help notice this stand out boat. With no name visible to help identify it I had assumed it is a Morgan Giles 43, cruiser/racers designed and built by Morgan Giles of Teignmouth at the end of the 1950's for the UK Joint Services. 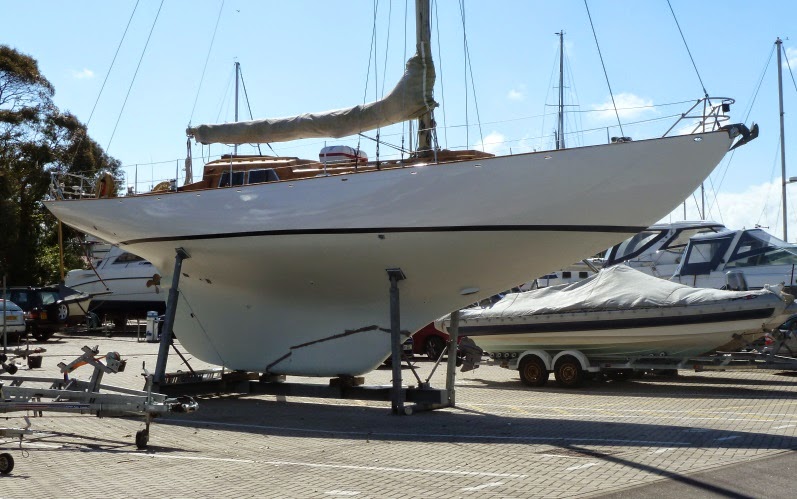 Some research shows that work is under way on not one but three of these yachts Gryphis, Leopard and Petrel all of which have been bought by a single owner with the intention of forming a charter company. 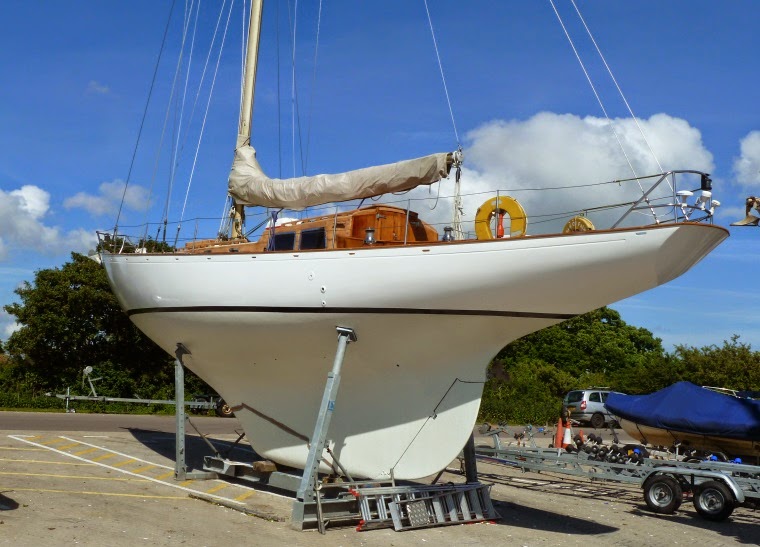 Which would explain why there was another identical yacht standing immediately behind although at an earlier stage of work. 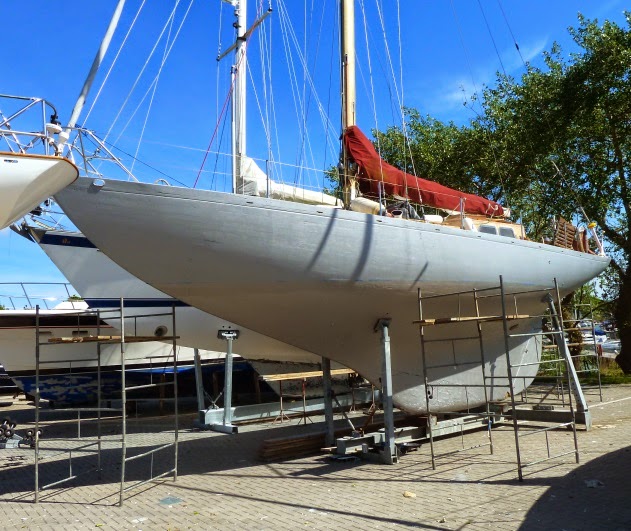 Leopard was based in the Hamble a few years ago, as a charter boat as I recall, and Petrel was often seen cruising the solent. She lay along side us at Yarmouth a few years ago and I chatted to the owner while he pumped the bilges for quite a time, it was a breezy day force 5 and 6 and apparently the seams would open if pressed hard in such conditions.

I also went aboard another one, Galahad in Cascais nr Lisbon years ago when we were cruising Blue Clipper. It will be great to see these lovely boats out and about again.
Posted by Bursledon Blogger at 06:09