Quite a few of Robert Tucker's boats have been featured here so I was pleased to get an email from marine surveyor Nick Vass with some photographs of the designer and his boats.

Below a picture from 1958 shows Robert Tucker on the right with one of his boats. 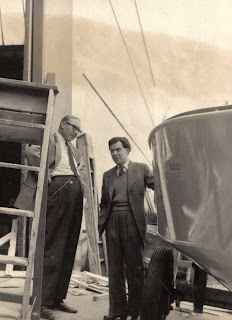 These other pictures are of what is perhaps Tucker's most famous design the Silhouette circa 1961 and built by George Hurley at his Plymouth yard. 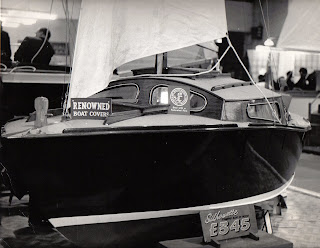 Tucker had a long standing relationship with the Hurley yard which was at the forefront of bringing these new affordable yachts to the market. In the early 1960's I recall visiting the London Boat Show with my Dad who was very taken with these pocket cruisers, at the time our budget was something like £35 rather than the £350 cost for a new yacht. Still we managed to get afloat on an old pre war motor boat which took us on some great family holidays, not withstanding the leeky decks and tempremental petrol parrafin engine. 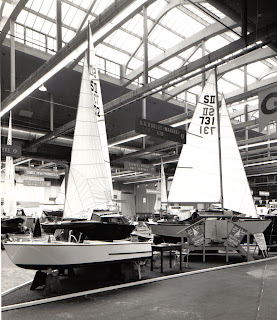 Nick is currently researching and writing a book about the George Hurley and his Plymouth yard. 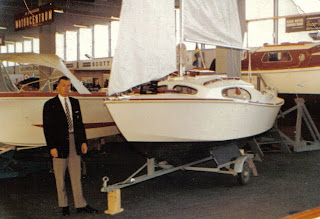