Just down the river, the village of Hamble-le-Rice is celebrating 900 years of the Priory Church of St Andrews this year. 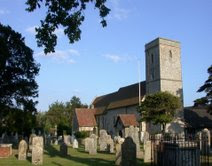 Led by St Bernard of Thiron, monks came from France in 1109 and settled on the shores, by the mouth of the river, founding the abbey and priory church, which still today contains some fine examples of Norman building.


More recent, but none the less interesting is the church’s 19th century stained glass.


Over the bank holiday weekend - August 28th to 31st there will be a flower festival at the church, reflecting the rich history from medieval time to present day.


The idea of the festival is that floral displays will be mounted in the church and the adjacent Priory Centre. Farming and domestic life of the original monks will feature, as will other aspects of the Church’s history such as the sacking and burning of the church by French raiders in the 1300’s (bound to be popular with the kids!!). 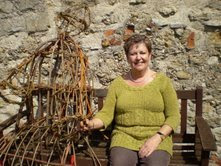 Christine Wright shown here, has been responsible for the design of many of the displays. A carpet of flowers is planned, dedicated to St Andrew the patron saint.

In addition scenes of the life of the village will play a central role in the festival, originally a fishing port, Hamble is now a popular yachting venue, which also has strong association with aviation.

With the regatta at Bursledon being held over the same weekend, it looks like we will be having a busy time and even more reason for people to visit to the area.
Posted by Bursledon Blogger at 06:49