Hamble river re opened today following the guidance of UK government that we can spend time outdoors – for example sitting and enjoying the fresh air, picnicking, or sunbathing and pursue outdoor sports. 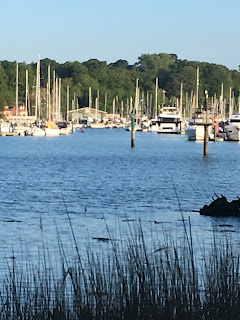 The Hamble Harbour Authority announced that "dinghies, kayakers,  paddle boarders and other river user may use the River Hamble and adjacent waters for recreational purposes." 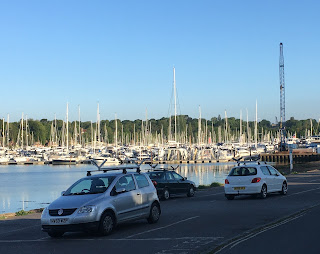 At just after 6.00AM there were a few presumably keen kayakers out on the water, which is the first time in eight weeks that it's been allowed. Nice to see also that the cars were parked to be socially distanced.
Posted by Bursledon Blogger at 14:29