I've just had a big birthday - one ending in a zero and frankly I was a bit humbug about the whole prospect, but Erica surprised me with a fantastic weekend away in Fowey. I've written about Fowey several times it's one of my favourite places in England.In case you missed those posts here are some pics. 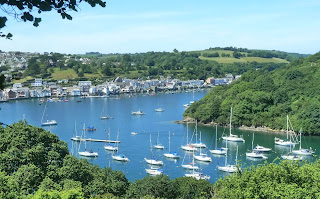 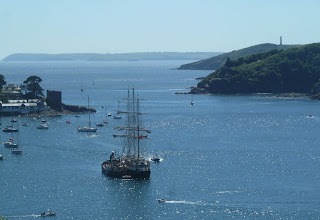 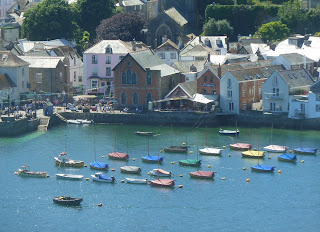 If that wasn't a good enough birthday present, Erica had contacted  Marcus Lewis the Captain  of the Troy Class, the one design local day boat, who agreed to take me for a sail. I've met Marcus before he's a local boat builder who has both restored and built Troy's. 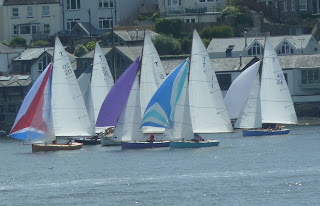 On Saturday afternoon we watched the racing from the Royal Fowey YC racing box where Marcus was race officer for the crew race, where the regular crew and helm swap roles. It was great to get a grandstand view and see what was a really tight and exciting finish. 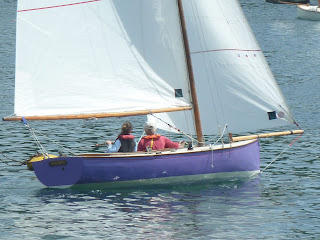 On Sunday Marcus took us out to his boat, we stopped off along the way to fix the steering on his friend's tender, it would have been nice to be of more help than just passing tools but when you're with a professional it's best to keep out of the way. 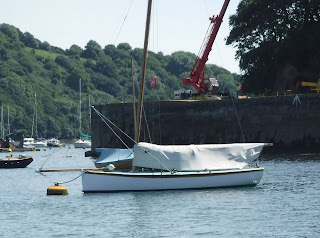 Marcus at the helm getting under way as we leave the moorings, he's hugely experienced and knows his boat so well it was really good to to be sailing with him. 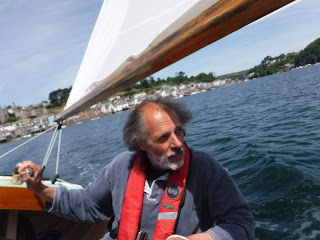 We sailed out of the river but wind died as we lost the onshore breeze, so turned and hoisted the spinnaker for a run up river to the creek at Mixtow and then beat back. The boat was all that I had hoped it would be, a delight to sail, responsive, straight tracking and with generous sail area great in the light winds.

All in all I couldn't have wished for a better birthday present added to which the weather was fantastic. Huge thanks to Marcus and Erica for organising it.

If only Fowey wasn't a four hour drive away, I would be racing one every weekend.
Posted by Bursledon Blogger at 11:22