It's been 20 plus years since I visited the Royal Navy Submarine Museum at Gosport, the centre piece of which is HMS Alliance Britain’s only surviving WW2 era ocean going submarine which is ashore on a specially built hard at the museum. 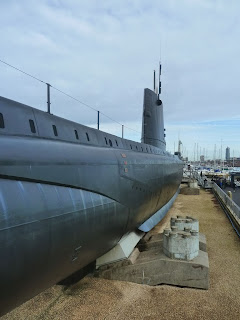 The tour takes you right through the submarine, probably a little less crowded and maybe even better kept, but pretty much as she was when in service. 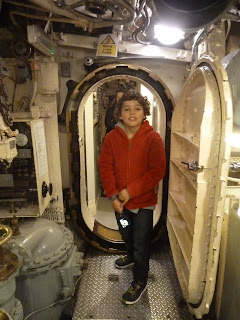 For mechanical fans there's lots and lots of interesting stuff including a couple of massive diesel engines, huge and complex electrical systems and this plummer's nightmare in the control room. 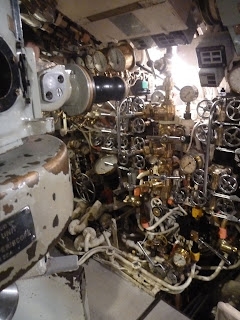 The staff on board were all time served Navy with tales to tell. HMS served in the cold war up until the the 1970's but we didn't find out any details about this secret weapon spotted in the aft torpedo tube. 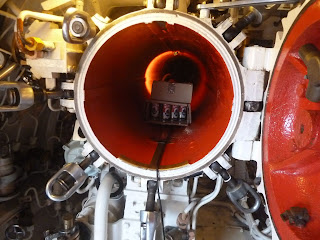