I completely forgot the Hamble Classics race during September, but was reminded when these two classics were seen heading off down river while we were having an early lunch 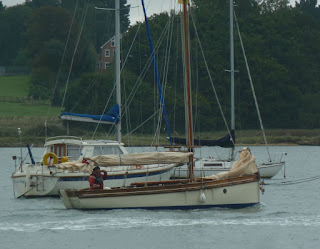 H4 I think is the  Herreschoff half rater Winifred,  she certainly is nice. Built as a replica of the original 1892 fin-keeled  Wee Win in 1999 using the epoxy coated strip plank method.There's a great video on My Classic Boat 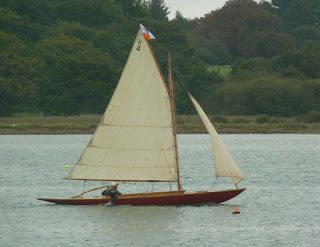 Further afield this looks to be an old (late 1960's or early 70's?) Merlin Rocket,. When I was in the Sea Scouts in my early teens the Merlin Rocket was the aspirational boat in our small fleet,  I was desperate to qualify to sail it and did. It wasn't always kept in the best of condition and I recall going swimming when a toe strap broke while hiked out. 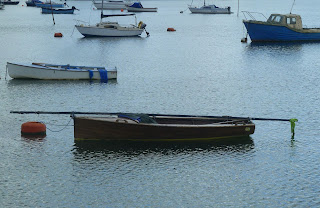 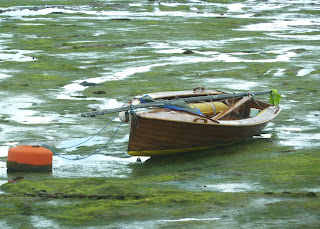