The drive down, or rather west to Fowey takes about 4 hours, so we normally stop at Looe which despite a slightly run down air is an interesting place for a lunch stop (read pasty) and some exercise. 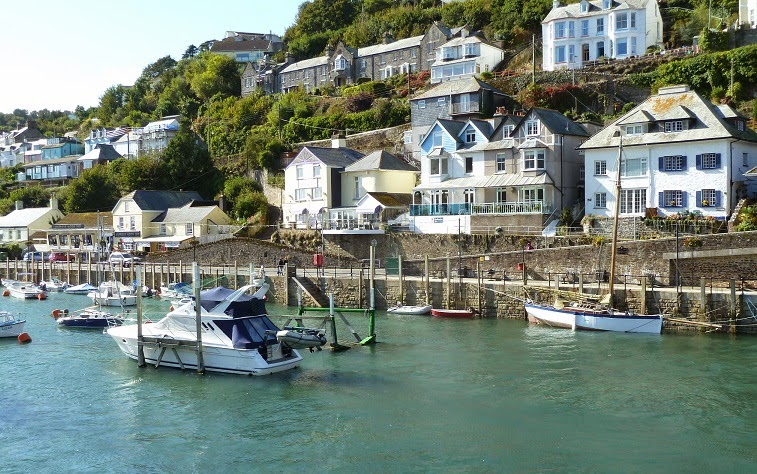 The river dries so the boats have to take the ground, lay alongside the wall or rest in specially built supports like the motor cruiser above. The tide was well into the flood when the picture was taken,the gaffer alongside either has a lot of drag to the keel or dries out bow down. 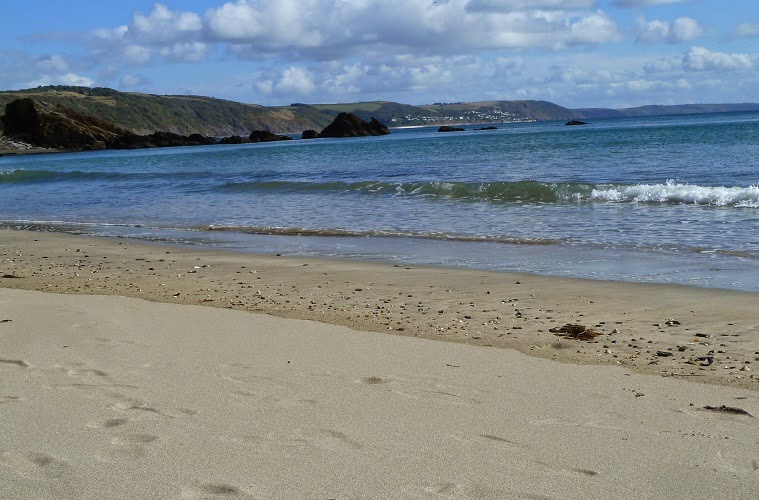 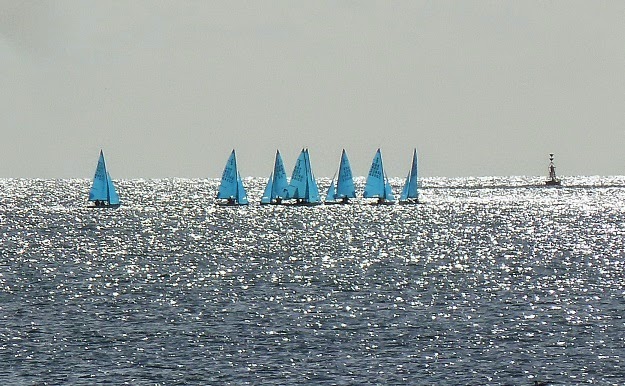 The weather was perfect so I was hoping that the Redwings from Looe Sailing Club might be out, in the event it was the south west area Enterprise meeting so instead of red sails there was a fleet of blue out in the bay.
Posted by Bursledon Blogger at 09:56