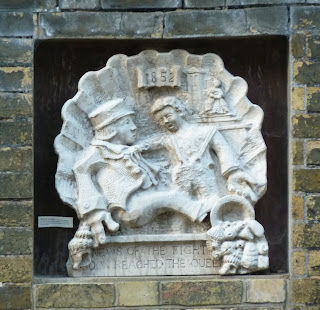 The event is commemorated by this relief on the wall of a house just off the Esplanade in East Cowes.
Posted by Bursledon Blogger at 03:30