Weesp and the Vecht

Erica found a riverside house in the Dutch town of Weesp for our holiday which turned out better than we could have imagined. Not far from Amsterdam (15 minutes by train) Weesp is a small, delightful fortified town on the Vecht river, which in may ways reminded us of the upper Thames near Goring, Pangbourne and Wallingford. 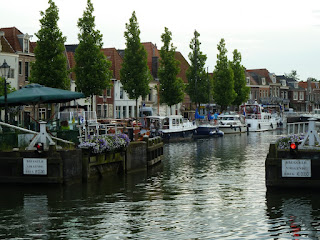 As Erica hadn't visited Holland before she would have been disappointed if the town hadn't had a windmill , in the event it had not one but two, both working.

The Vecht is dotted with old villages, mansions and a few castles, with it's proximity to Amsterdam it became a popular place for rich merchants to build summer residences during the 18th and 19th centuries. 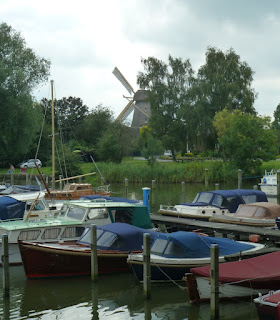 Predictably I spent a great deal of time watching the interesting boats go past the end of the garden, there were more than a few traditional boats like this Dutch barge below. 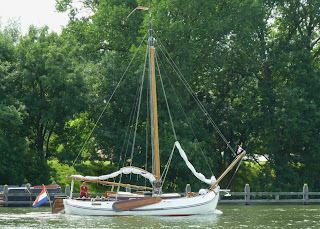 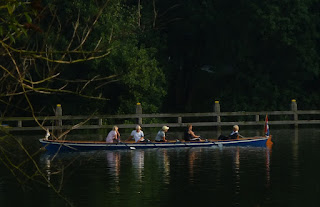 There were some very unusual craft going past from time to time. 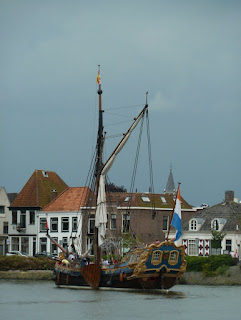 And some larger than you would imagine, it was a bit of a shock seeing this come around the corner!. 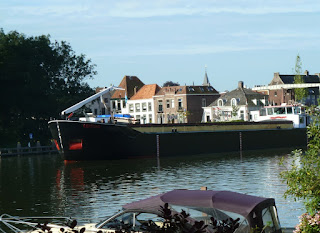 A few people were surprised that we'd chosen Holland for a holiday, but we had a great time, great location, the recent heatwave certainly helped and the ability to cycle everywhere safely was such a bonus, we only used the car once in 2 weeks.

I have to say also I have a fondness for a nation where cyclists are allowed and even encouraged to ride the wrong way up one way streets!
Posted by Bursledon Blogger at 06:00